Electric Vehicles Are a Product of the Not-So Distant Future 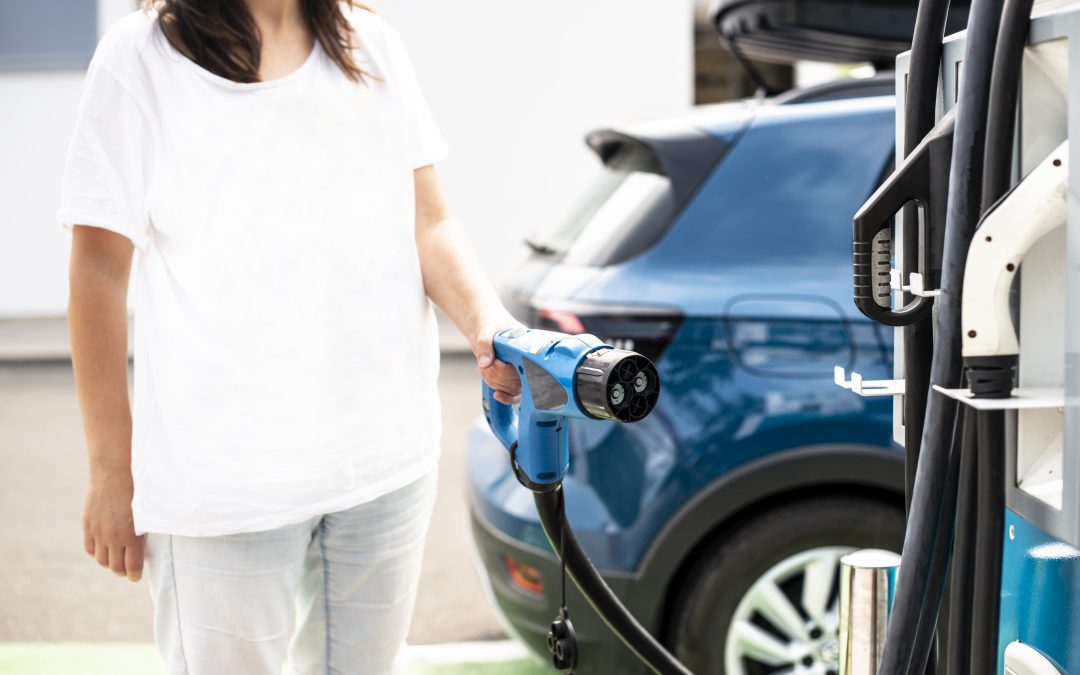 The call to “go green” has been big in the past few years.

If you’re like most people, you’ve probably looked for ways you can help the environment and made changes in your daily life:

Some people have taken that commitment to the environment even further by purchasing electric vehicles (EVs).

This is not a new trend. While EVs used to sound like a high-tech, futuristic dream, their popularity has increased so much that charging stations can now be found at stores, in parking garages, and even in homes.

Why are electric vehicles so popular?

Gas powered cars produce a ton of pollution: 206 grams to be exact. If you want to know what that looks like, imagine throwing 400 plastic straws out the window every kilometre.

EVs are better for the environment, but they can also save you money and give you extra power when you need it.

Most electric vehicles only have 20 moving parts instead of 2,000 like gas-powered vehicles. Fewer parts means that your drivetrain (the parts that take gas or electricity and turn it into power your car can use) has a smaller chance of malfunction. Unless you love spending your afternoons at a mechanic and buying new cars more often, this is a huge perk.

As far as getting extra power? Very few people have ever said “I wish I had less power.” But what does that mean when it comes to EVs?

New research has come out in favour of a new process called bidirectional charging. Until now, most EVs were designed to take energy to charge their batteries and use it to power the vehicle. Simple enough, right?

Bidirectional charging would allow vehicles to send that power back into the grid when it’s plugged in. This would allow you to have your own personal power plant!

According to Ford’s chief engineer, bidirectional charging can power your house for three days during a power outage. This is not only handy, but potentially lifesaving. Since the power is from vehicles, emergency crews can drive to areas that have experienced natural disasters and provide power to those in need.

How do you charge an electric vehicle?

While you’ll see charging stations popping up in plenty of places, if you own an electric vehicle, you’ll need to have one installed in your home. Since EVs are still relatively new, many homes don’t have the necessary setup for a charging station. This will almost certainly become the default over time as new homes are built, but in the meantime, you’ll probably need to add one to your home after the fact.

To add your own charging station, you’ll need your electrical panel set up in a specific way. Even if you don’t have an EV of your own, this is something to consider adding to increase the value of your home.

When you’re doing any sort of electrical work, you want to make sure you have a team that is capable and confident. This is where Hyperion Electrical comes in.

Reach out today for a free quote.